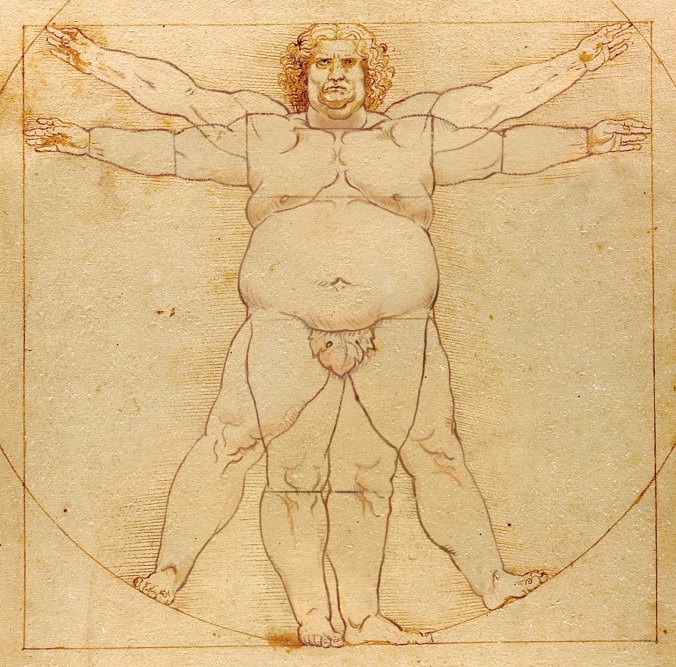 What if you could take my belly fat,

And convert it into energy stat,

Then instead of calling me obese,

A butterball, or a lump of grease,

You’d exclaim, and look at me in wonder,

For I would steal away your thunder,

Fire up an engine and what not,

I could just blow you away,

Light a hundred bulbs on a grey day,

Pull a truck, lift a mountain, never worn to a frazzle.

Would you imagine and suppose,

That one could change forms, of all those layers of adipose,

Maybe turn into a conformation gaseous,

All the fatty harvest bounteous,

So slimming down would be as easy,

As pricking a balloon, natural and breezy,

Would not be asking for trouble.

If you could, on the other hand,

Melt it to liquid, on command,

Siphon it out of the body with a faucet,

Turn it into liquid gold, and then a ring or a locket,

Eat all that I want, and guzzle all I can drink,

Coz underneath my vast amount of skin,

Would be hidden gold treasures tucked in.

When someone can take away my double chin,

Or tear it off at the ridged seam,

And as for my burgeoning cheeks,

They could be shaved off like hair overgrown for weeks,

Or peeled off like an orange or a melon,

The paunch of my tummy,

Could become a game for kids, funny,

If they could sandcastles out of my fat, mould,

And then swipe them away in a blow cold.

As I wonder out loud,

What if the vampires were endowed,

To suck on fat, and not blood,

Nip the adiposity in the bud,

We’d be inviting them over to midnight feasts,

And you could sneeze it out with an achoo,

Or bid it adieu,

In piss or in poo,

Imagine it was an infectious disease,

That could pass on with a cough or a wheeze,

And that there was a magic drug,

That could wipe out the fat bug,

Locked on its target and ready to shoot,

If it was an organ that you could donate,

And transplant it, in people skinny and delicate,

The fat people would provide for the emaciated and the needy,

And absolve themselves, of the guilt of being too greedy.

And could be transferred, every dime and penny,

Wouldn’t it be great,

If you could give away all that you ate,

To the poor and the homeless,

And relinquish the excess ?

Could the monstrous Mr Fat be a ghost,

Haunting a clueless and unsuspecting host ?

Refusing to leave or budge,

Holding on to an old grudge,

So we could hire a ghostbuster, in that case,

And drive him away, to a more accommodating space.

These are the fantasies of a garrulous, overweight man, talking,

A rambling reverie, teasing and mocking,

When I could pluck away the fat on my bum,

And the concealed muscles expose,

You may think that I’m quite drunk,

High on the grease and the junk,

A gorging glutton who refuses to exercise,

But what if my musings come true,

And all the roly poly potbellies, could shrink away out of the blue,

Wouldn’t that be humongous and grand,

The coup de grace in the fat man’s land ! 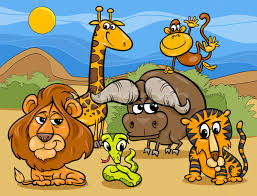 In the looks that they look, or the pose that they strike,

And in their nature and disposition, nicer or meaner.

A heavy female is a whale, a buffalo or a hippo,

And a fat male an elephant, a boar or a rhino,

A sultry woman is a wild cat who’d bewitch,

But a nasty one is a cow or a bitch,

A cunning person is a sly old fox,

A muscular man is as strong as an ox,

A friendly someone is a social butterfly,

While a doe eyed girl will make your heart sigh.

Gazelle is a runner agile and swift,

A nightingale’s voice is a songstress’ gift,

A treacherous back-stabber is a snake,

A mole is a double-agent in the make,

A brave man has a lion’s heart,

And an ass is the opposite of smart.

A nasty person is a vulture or a dirty dog,

A pig, would gorge, and all the food hog,

A chameleon, would his words and stance, change,

A bear is a rough and uncouth person, with manners strange,

An individual, off balance, would walk like a duck,

But a ballerina with her swan dance, will leave you awestruck.

Parroting words is a mindless repetition,

Wolfing down is a devouring mission,

Beware of somebody who’d tell on you, and rat you out,

And of the charmer, who with puppy dog eyes, put good sense in doubt,

Pigeonholing would compartmentalize, and restrictively tag,

And monkey business is mischief and tomfoolery and a lot of gag.

So isn’t it strange that the men think,

That they are above animals, in a blink,

And disgrace them in any way they possibly can,

Over the ages, and ever since the time began,

Has it ever occurred to the world,

That the humans may be beasts unfurled,

And that the animals may be more ‘humane’,

Quite possibly, the ‘higher’ species of the food chain,

For they wouldn’t know ‘how to act like a man’,